Home / About Us / Stories / Facts Over Fiction: Busting Myths about AquaBounty

Stories From Our Farms

Home / About Us / Stories / Facts Over Fiction: Busting Myths about AquaBounty

AquaBounty brings to market fresh salmon in a safe, secure and sustainable way raised on land-based fish farms. AquaBounty Atlantic salmon were genetically engineered one time, 30 years ago to better protect them during their early, most vulnerable stages of growth.

Here we address three myths about AquaBounty’s genetically engineered salmon and the innovative aquaculture in which it is raised:

MYTH: Land-based fish farming is bad for the environment.
FACT: Nearly 90% of Atlantic salmon consumed in North America is imported by air from overseas with a high carbon footprint. AquaBounty is a pioneer in land-based, environmentally friendly fish farming. AquaBounty offers a safe, secure and sustainable source of Atlantic salmon raised here in the U.S. Our carefully monitored and secure fish farm is close to key U.S. markets, so we can get our fresh salmon from our farm to your table with a lower carbon footprint compared to other farming methods. It’s better for you and for the environment.

MYTH: There's no need for faster growing fish.
FACT: Globally we face incredible challenges about how to feed a growing population. By 2020, the global demand for animal protein is projected to be 20M tonnes per year. How are we going to feed the world if we don’t embrace science and technology? AquaBounty Atlantic Salmon are raised in carefully monitored, land-based fish farms, and we have developed a genetically engineered fish that is perfect for that environment. Atlantic salmon grow at a faster rate to protect them in their early, most vulnerable stages of growth. As a result, AquaBounty will help address the need for more healthy protein by raising nutritious Atlantic salmon in a new, sustainable way.

MYTH: AquaBounty farm raised salmon can escape and breed with native populations.
FACT: AquaBounty Atlantic Salmon are raised in land-based Recirculating Aquaculture Systems (RAS) in the heartland of America. This protects against interactions between the farmed salmon and the external environment and eliminates impact on wild populations, helping them thrive. 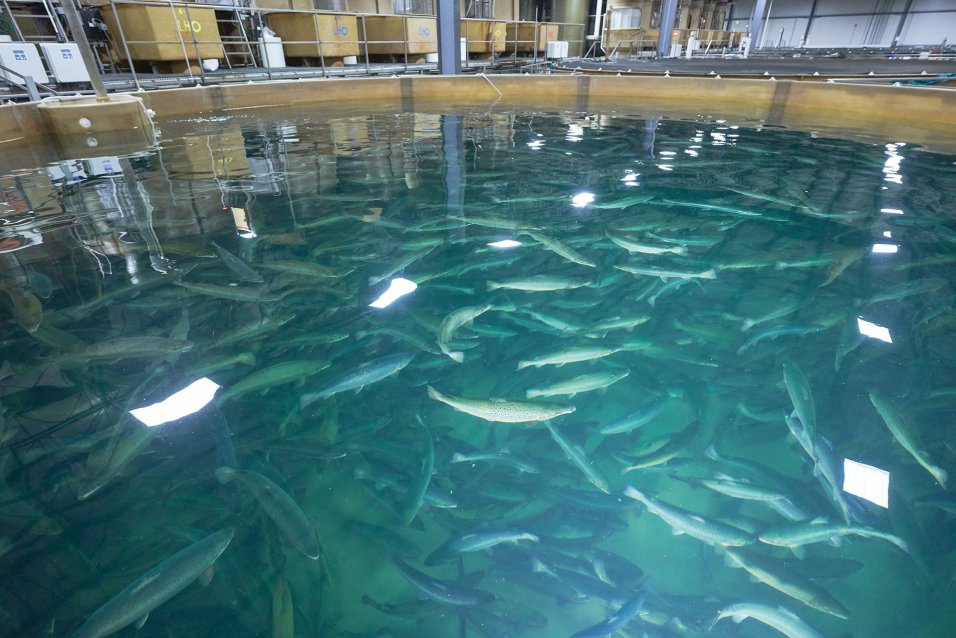